Earlier this week, N64 source code and lots of other Nintendo related data was leaked. While the code itself is not very exciting to the average consumer, it is already producing a lot of awesome things to get excited about. The code has been reverse engineered so that the N64’s most celebrated game, Super Mario 64, can be played on PC with some extra features that make it the best way to play the game aside from native hardware.

Most importantly, the resolution is scalable, meaning that the game can be played past its native 240p resolution and extend past the 4:3 aspect ratio. This lets the game display like a modern title on up to date supplies, and even works amazingly well with experimental ultrawide displays, such as 32:9. If you are on the cutting edge of computer technology, you can even add ray tracing, a new way of rendering natural light, to the game.

While this may just seem like a cool new way to display the game, it has big implications for Super Mario 64’s growing community. In the past, you needed an emulator to play the game on PC. These emulators are amazing works of technology, but they have lots of difficulty perfectly copying the N64’s original code. This leads to inconsistencies between the original console and the emulated version.  With this new port using a reverse engineered version of the N64’s source code, it is the closest you can get to playing the game on regular hardware. 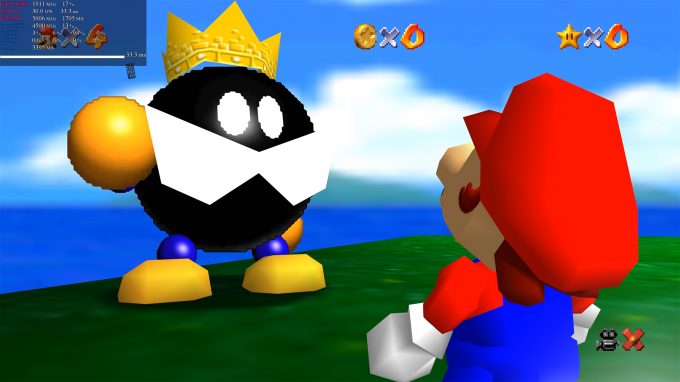 While the project is astonishingly amazing, it is in a grey area of legality and will likely be taken down by Nintendo soon. While I understand the legal issues of the project, I think it is an amazing step forward for game preservation, as the game can now be played as intended on a modern piece of hardware. If the team behind this project continues to work on the source code, the game could eventually be a perfect replica of the N64 version. This lets more people experience the amazing title without having to purchase an obsolete piece of hardware. If this port means anything, it shows that the future of game preservation is brighter then ever.