At it’s core, The Division was a solid title, but did not have the a sustainable amount of content to justify a $60 price tag. Through an amazing amount of dedication, Ubisoft has regrouped and returned with The Division 2. This game aims to be a second shot to win over the hearts of fans who weren’t too satisfied with the first rendition. The main change between this game and it’s predecessor is the amount of content.

The Division 2 launches with 4 world tiers, an expansive dark zone, and all of the DLC elements from the first game, excluding survival. They are also planning on adding in a 5th world tier, and a 8 player raid mode.

The main problem with all of the games in the MMO-Lite is the lack of fun and interesting content. Throughout the first 2 Destiny renditions, the original Division, and EA’s newly released Anthem, the common theme has been a lack of endgame content alongside some slight technical issues. All of these games have had quality campaigns, but do not live up to the MMO title in MMO-Lite.

The Division 2 fixes the problems this small industry has been going through by doing the obvious. Putting $60 worth of content in a $60 game! All of the MMO-Lite games have also had a history of deceiving and tricking dedicated players. The Division 2 went in thinking they would make more money by being honest to the public, instead of secretly changing stats to push microtransactions.

Even with all of the content already in The Division 2, they are going to add more for no extra cost. All of the DLC for this game will be free! If the game stays popular, the $60 will keep you involved in a growing world, instead of paying $40 per expansion for a barebones game, like Destiny 2.

The Dark Zone is much better than in the first game. Instead of being obliterated by basement dwellers who have thousands of hours in the game, there is a level-scaling mode to help new players get on their feet until they can go into the hardcore dark Dark Zone with no scaling. 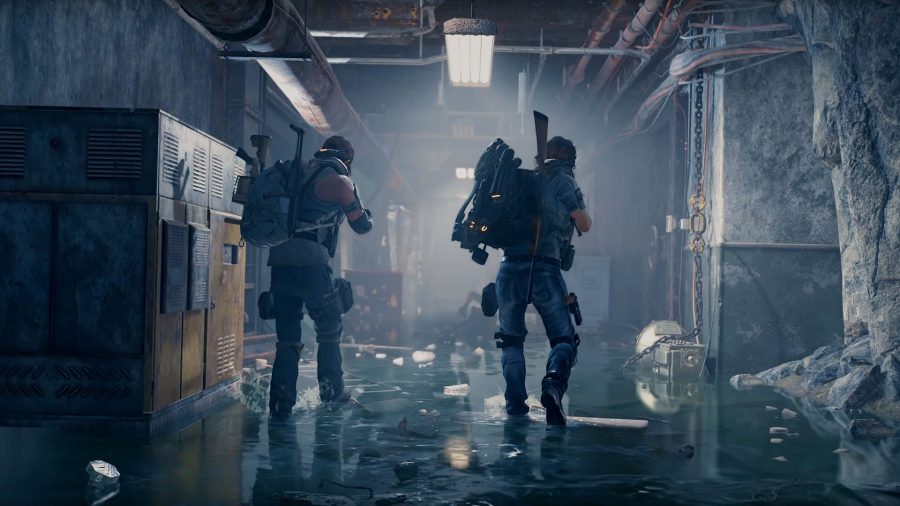 The world and story are more focused on, with the environments sometimes resembling The Last Of Us at their best. It does not feel like a chore to traverse the world for long distances, because there is always eye candy in this wonderful rendition of DC. If you want to soak in the amazing attention to detail, it is better to go by foot rather than use the fast travel system.

There are also way more reasons to be interested in the game after you hit max world tier and level cap than ever before. Stats are always improving on your weapons, there is a deathmatch mode, and it is always fun to mess around in the dark zone. I am sure the DLCs will expand on what has been crafted with the initial drop, and may become the first major staple of the MMO-Lite industry. GameZap will be covering The Division 2 as long as content keeps on coming out. We have an official review for the game coming soon, alongside some guides on some of the trickier to understand elements of this game. Follow us on Twitter @gamezapsite to stay tuned to all things The Division 2!