“I think I may have just found my new gaming obsession.”

Insurgency: Sandstorm is a bombastic take on one of the hottest subgenres in the industry, tactical shooter. The game  is innovative and unique, while still maintaining it’s realism. The series is being properly introduced to the mainstream with this title, and looks to hold it’s ground as one of the best tactical shooters against Arma and Rainbow Six Siege .The game refines the tactical combat of the amazing 2014 Insurgency game, while porting it in to a modern engine and making it more user friendly.

While the game exceeds the high expectations that people put for it, gameplay is the best done and most important part of Insurgency Sandstorm. The time to kill is very short, and is in between 1-4 hits. This makes for an exhilarating experience, where you always have to watch your back, and play very conservatively. The gunplay feels smooth while maintaining a high caliber of realism not seen in many other games, that drag the “realistic” flag behind them in an attempt to be seen. This game delivers on all the gameplay promises, and feels like a controlled form of chaos. Team play is a heavily important factor. You will be absolutely obliterated if you do not coordinate and plan out your attacks with your teammates, which is a refreshing feature to see in a game with the shooter market being dominated by mindless experiences like Call of Duty and Battlefield, which are great games, but don’t involve very much thought.

The game offers co-op and PvP modes, which take place across a variety of maps. There are always 2 teams, but there are a plethora of gamemodes compared to other titles. In the co-op mode checkpoint, you and your friends will face off against experienced AI players, to complete checkpoints, and then defend them from the enemy team after they are captured. The twist is that you have to watch your back, because you will only respawn when your team completes an objective. This makes for some amazing clutches, when one person respawns a team of players in the double digits. 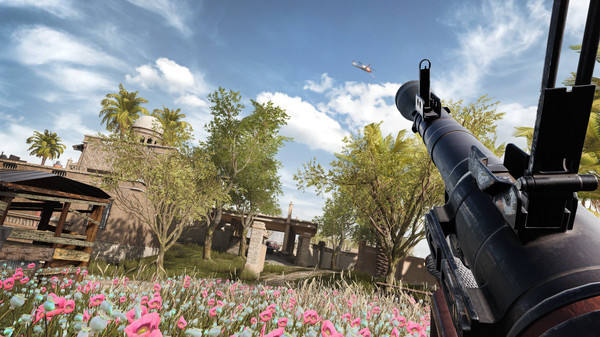 There are 3 PvP modes, Push, Firefight, and Skirmish. Push is fast and intense, where an attacking team has to face off against a defending team to destroy a weapon cache. Firefight is a slower mode which specializes on close range encounters, and a restricted loadout. There are 3 objectives, and when one is captured, your team will respawn. You will the match my capturing all 3 objectives, or by eliminating all enemy players. Skirmish is a large and open scale battle arena, where players must defend their own cashe, attack the enemy’s, and converse on one in the middle. There is also a competitive 5v5 in the game which is similar to CS:GO, but not as creative and innovative as the other modes.

The game looks as beautiful as a AAA game, with effects and lighting being on point. While the graphics are amazing, they do not always work within the game. Textures can take a long time to load in for meshes and weapons on even the most advanced computers. The game also suffers from framerate issues, but they are not very bad, and do not dip too far in important firefights. The game is currently playable from a graphics and preformance standpoint, but there is still some work to be done to get the game running good.

This is where the game excels in a big way. Sound is very detailed. You can hear the pitter-patters of enemies all around you, and exactly where bullets are whizzing past your head. You feel like you are on the battlefield with the soldiers. Depending on the object that your bullets hit, they make distinct noises which let you know what you hit. Sound is an area where I think the games industry is lacking, but this game does sets the new bar for what it should be.

The game is currently following all of the best practices for the gaming industry, but there seems to be a microtransaction system in place that is not currently in the game. You can earn loot boxes by leveling up, which unlock realistic armor colors for your characters. The skins are nothing much, and there is currently no way to buy them with real money, so I do not see this as a problem. 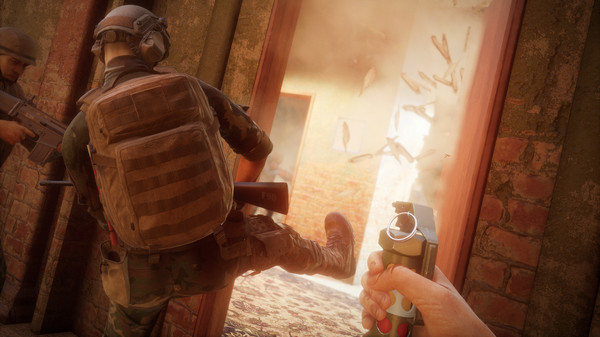 This game excels in creating a truly realistic, but exhilarating tactical experience. The gameplay is super fun and tight, sound is amazing, graphics are on-par, and the game mostly follows the industry’s best practices. The only gripe I have with the game are the technical limitations the game features due to frame drops and rendering issues. The game is a value deal, as it is only $30 for this gem of a game, so I would wholeheartedly recommend picking this title up at full price. I think I may have just found my new gaming obsession. 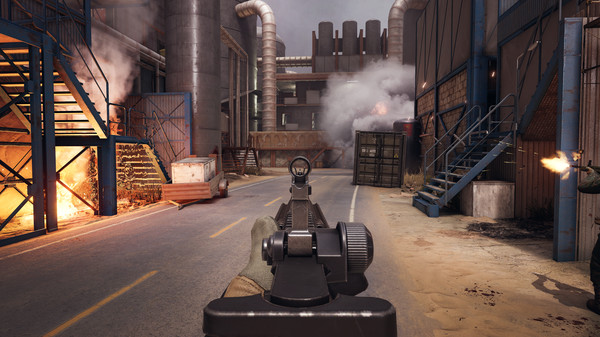