One of the best things to come out of The Game Awards was the announcement for Obsidian Entertainment’s new shooter-RPG, The Outer Worlds. From what has been shown, The Outer Worlds looks to take the genre back to it’s roots, after almost no traditional games for the genre since 2010’s Fallout: New Vegas, which was also developed by Obsidian.

Now that this company has the budget to make a AAA quality project, the sky is the limit. On November 10, 2018, Microsoft has bought Obsidian, which grants them access to all of Microsoft’s tools and money to complete their product. After having financial issues 2011, the star-studded company has not had the opportunity to try anything new, or anything in the 3D space, for that matter. The Outer Worlds is the company’s shot at becoming a well known gaming figure, and building a solid reputation with Microsoft.

Before we can discuss why The Outer Worlds is going to be such a big hit, we need to look at Obsidian’s track record. The company started in 2003, and was started by ex-employees from Black Isle Studios, who worked on critically acclaimed top down RPGs such as Fallout 1 and 2, the Baldur’s Gate series, Planetscape: Tournament, and the Icewind Dale series. The original Fallout 3 was in the works at Black Isle, but the company was forced to shut down on December 8, 2003.

Many of the ex-employees from Black Isle went on to form Obsidian Entertainment, which is considered one of the greatest, but most underrated companies in gaming. They have had a perfect track record as a company, creating The Sith Lords, Neverwinter Nights 2, the acclaimed Alpha Protocol, Dungeon Siege 3, Pillars Of Eternity 2, and the crritically acclaimed Fallout: New Vegas. After Bethesda Softwork’s inquiry of the Fallout franchise, the team at Obsidian was offered another chance to make a new game in the Fallout series, which would take the game back to it’s story roots, while combining it with the shooter elements Bethesda added in. The game was amazing, and fans loved it. Bethesda cut ties with Obsidian after this title, because it was considered to be much better than Fallout 3, Fallout 4, and Fallout 76, which are the Bethesda published Fallout games.

There are plenty of reasons as to why me and many others are excited for The Outer Worlds. Today we will break open all of the reasons as to why this game looks to be promising, and may even change the gaming industry.

Dialogue is done similar to Fallout: New Vegas, where there are branching dialogue trees, and your conversation choices actually make an impact on the mission and the overall game. This is a hallmark of any Obsidian game, and it is nice to see that they are taking roleplaying elements into the mainstream of the gaming stratosphere. Also, this game improves over Fallout 4, where you can see exactly what you are going to say, instead of a brief preview. This makes sure that what you say is always in line with the character and personality you are roleplaying. You can play dumb, you can lie, you can bluff, and many more things that don’t mean what they are on paper, that you have to balance throughout the game. It is speculated that lying negatively impacts your karma, because there is a lie counter that suggests that if you do it too many times, there are nerfs to your karma.

From the looks of the trailer, it seems that the game features a party system, where there are multiple followers in your party, and you all travel the galaxy together. This is a feature most common in traditional turn based 2d RPGs, and it is an interesting choice to include it inside of a Shooter-RPG. As you can see in the image below, you can see the health of other characters, who are titled as Ellie and Felix.

The game takes place across many different planets in a solar system far away from Earth, where the galaxy has been bought and commercialized by investors. This setting suggests that a part of the story will be about corporate evil. Everything that you use, or interact with in the game is tied to one of the few big corporations. If Obsidian is playing this smartly, they will try to use these corporations as a replacement for factions. It has been stated that the way you converse with people in the game is impacted by what corporations you are using product from. The main story of the game has not been revealed yet, but I have a feeling that there will be multiple stories you have the option to participate in, like Fallout 1 and 2. On the worlds, there are different side quests that will unlock in the world as you explore, along with random encounters, like in Red Dead Redemption 2. Different planets on the map have different designs, but the one that Obsidian is showing right now is a slightly urban and Earthlike world. They are most likely to also get involved with some more out there worlds. Obsidian is not afraid to take risks! It has been stated by developers that they are not going to make the game like No Man’s Sky, and instead, each planet is it’s own section of the map, like Mass Effect.

The game is looking to incorporate environmental storytelling alongside deep dialogue and NPC interaction. In the image below, you can see a person who has been shot onto the ground, and lies in a pile of blood. This potentially could have been from earlier in the game, or it could lead you on a side mission to find out what happened to this person.

The dev team that is working on this game is a compilation of many of the old Black Isle members, who have an amazing track record and specialize in telling an intriguing story, and letting players complete missions in their own creative ways. They are also bringing in some new talent to help with the grpahics, and translate the Black Isle formula into a 3d shooter.

The protagonist in the game is similar to other Obsidian protagonists. You are a voiceless character who is created from scratch, and you can roleplay as whatever kind of person you want to be, and choose the company you represent, and your morals. Before the game begins, you are incubating for space, but you are awoken in the middle of your rest by a scientist who has a plan to fix the way people are forced to hibernate. What is reinforcing to hear, is after you are awoken, it is your choice to help the scientist, and you are still free to be in a totally open world from the start of the game.

The S.P.E.C.I.A.L System from the original Fallout games is back, but this time it is under a new acronym. They are refining the original formula, and perks are also staying in this game. It is still unclear how leveling is going to work, but we are going to get more details as the game gets closer to release. On the other hand, the game features a flaw system, where your character has certain flaws, or areas that they preform below average at. This is a new idea for gaming, and one that if executed right could change the current stratosphere. For example, if you get set on fire multiple times within a few hours, the game will inform you that your character has developed a fear of fire, and anytime you are near it, you will experience a debuff on your stats. There is also a positive side for these flaws. If your character has a flaw, the game mave give you another perk slot to make up for it. According to Obsidian, there are too many flaws for them to put in the game, and it is assumed that the number of flaws are in the hundreds range.fdad 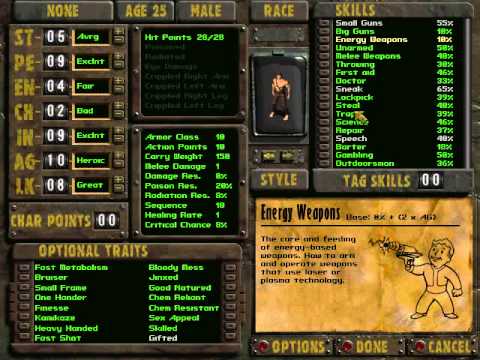 You have a reputation with your companions, and if your karma gets too low, they will be less responsive to you, more gruff in dialogue, and eventually leave you forever. The game is going back to traditional RPG roots, and seems to be what the game industry needs after almost all singleplay games turning into action games with RPG elements. You can be the leader of your party, or you can choose to be a companion to an NPC leader, which would make for interesting replayability for the game, where you are not the shot caller, and just like another character in a breathing world. 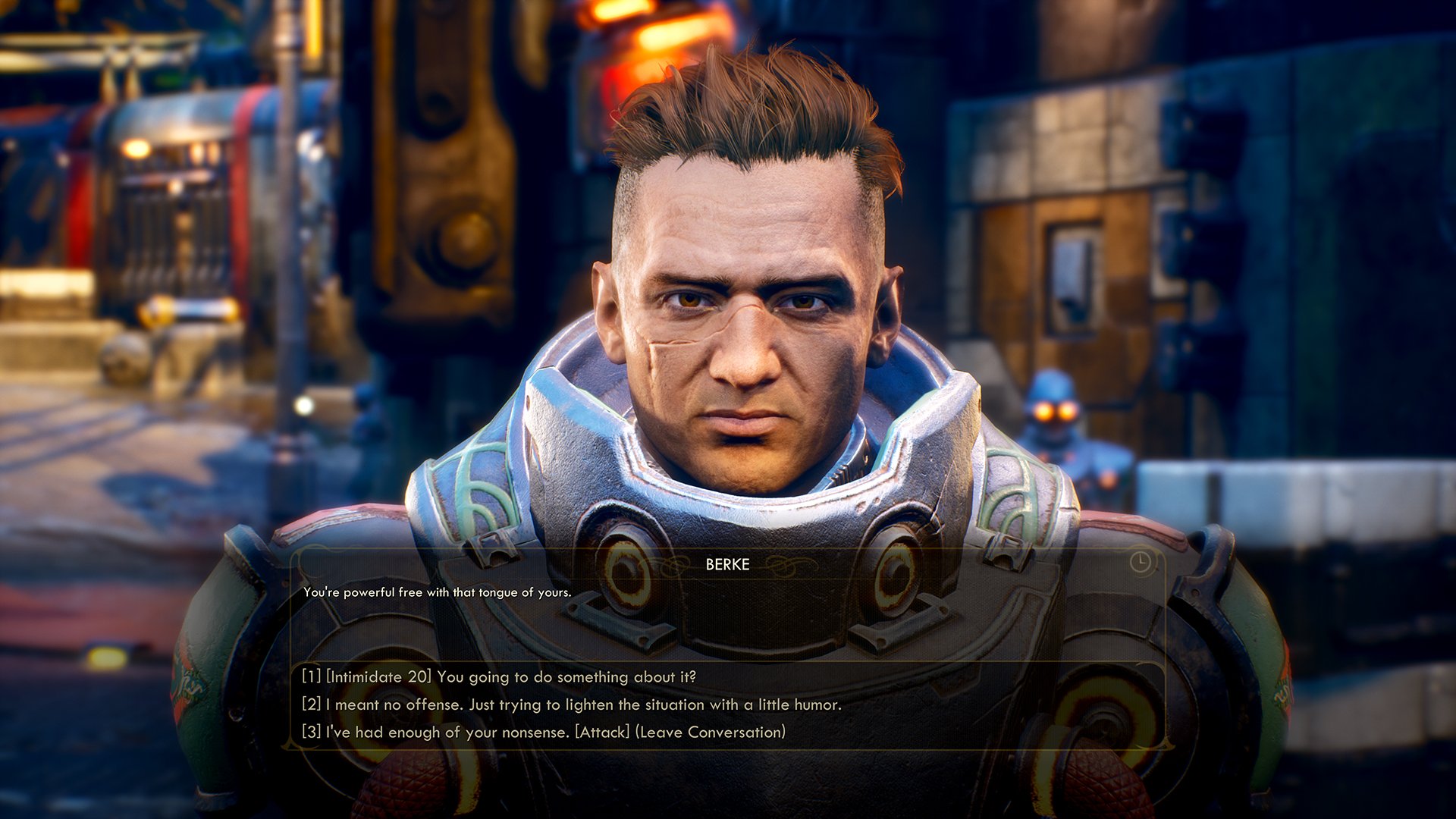 In this game, instead of the VATS feature from Fallout, there is a time-slow ability that lets you switch the game from twitch shooting to a more methodical form of strategy. It does not last forever, though. You can upgrade it through your perks, but it is on a timer, 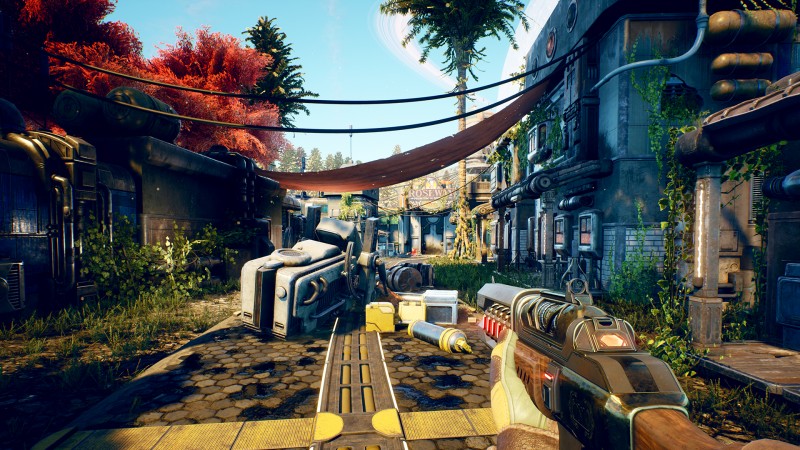 The game is being made in one of the most popular and well refined engines of all time, Unreal Engine 4. This is a major step up from New Vegas’s Creation Engine, which was old and janky, but the company was forced to use it by Bethesda. The only issue with Unreal Engine 4 is the slight framerate issues that certain titles experience with their engines, but Obsidian is a perfectionist company, that will optimize in any way possible, and Epic Games is a company that loves to support people that use it’s engine. According to Gamespot, in the 45 minute demo that they watched, there were no technical glitches aside from a negligible animation glitch that will surely be patched by release. 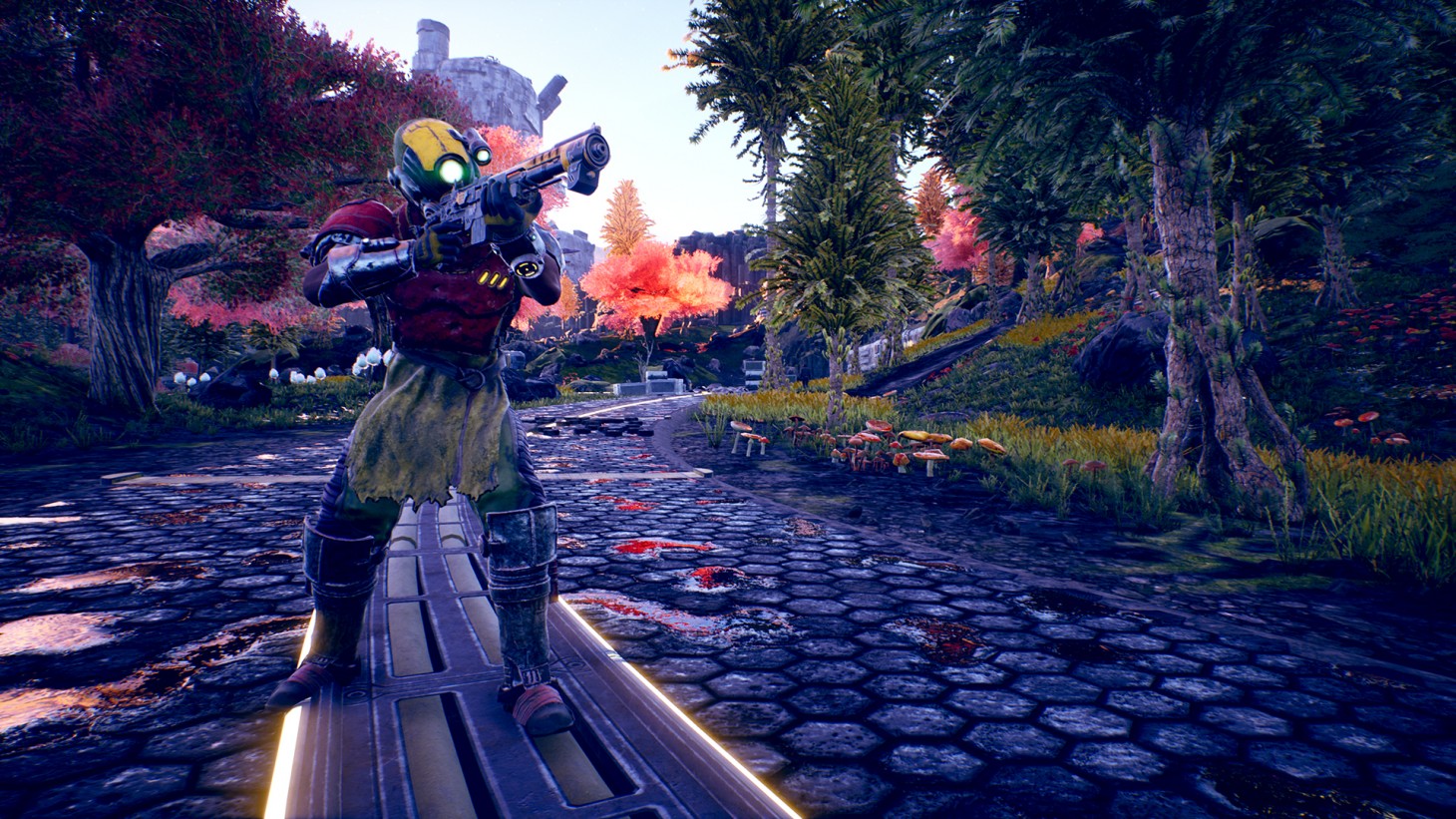 What do you think about Obsidian’s next chapter and how will it influence gaming? Let us know on Twitter at @gamezapsite! Stay tuned to GameZap for all of the news on The Outer Worlds, upcoming releases, and all of the latest news in the gaming industry!