The professional monster hunter from The Witcher 3, Geralt of Rivia is coming to early 2018’s sleeper hit Monster Hunter: World, in one of the last free content updates before the game’s first titled expansion, Iceborne, coming in Autumn 2019.

This is not Geralt’s first time crossing over into another universe. He was a unlockable fighter in Bandai Namco’s Soulcalibur VI. This crossover seems to make a little more sense, and is being worked on by the team at Capcom alongside the Witcher creators, CD Projekt Red. Geralt’s voice actor, Doug Cockle is back on board for this project too, bringing Geralt’s iconic voice into the Monster Hunter universe.

The madness starts when Geralt is teleported through one of The Witcher’s portals into the world of Monster Hunter. What is looking to make this content update different from many previous ones in Monster Hunter is that instead of getting a costume for your character, you actually get to play as Geralt. It is uncertain how you will collect gear for your character as Geralt, and if you can go into the Witcher areas of the game as your hunter. 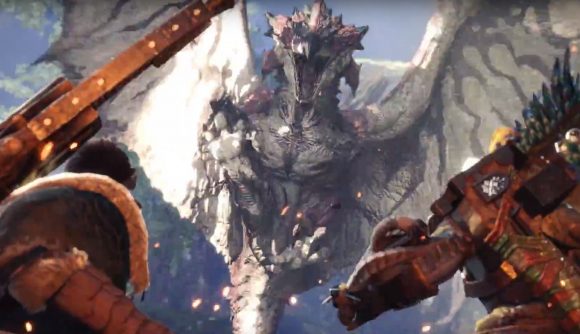 This is for sure one of the most innovative things seen in any live service game ever, and it will be interesting to see how it is executed. It has been a while since Monster Hunter: World has been in the mainstream limelight, and this endeavor is sure to bring back some of the old players of the series. The update is set to come to PS4 and Xbox One in early 2019, with it launching on PC at a later date.

You can watch the trailer for the crossover here:

What do you think about Geralt making an appearance in Monster Hunter? Let us know on Twitter at @gamezapsite! Stay tuned to GameZap for all of the latest news on Monster Hunter World, The Witcher, and gaming news!